Showing posts from January, 2010
Show all

Best Albums of the Decade (from My Cramped Vantage Point) 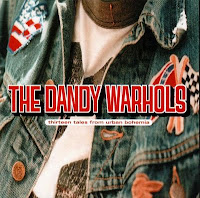 The first decade of the new-ish millenium's wound down, and--as is the case with a lot of Bloggers out there, I'm sure--I've done some looking back on the pop culture pantheon of the last ten years. I could go all blathery about the massive sea change in entertainment--on all spheres--thanks to the Internet and the massive technological advances that've impacted all of the arts and popular culture. But I don't feel like it. Instead, I just thought I'd devote the first Petri Dish entry of the new decade (it's just fun to write that out) to some of the albums that I fell most strongly in love with over the last ten years. This isn't meant to be some massive critical dissection of the new millenium's musical trends or aesthetic significance. It's just a list of the albums released in the 2000's (the 'Oughts)  that've taken up the greatest amount of space in my ears (and my head). As such, it's filled with obvious biases and my ow
2 comments
Read more
More posts